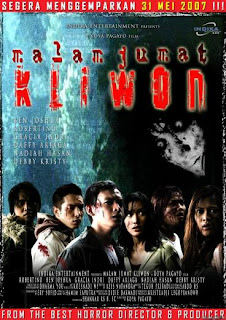 In the past, a woman named Suci was slaughtered by mass because she was believed had black magic that killed the residents. Before died, Suci condemned the area and promised to take revenge

In present, the condemned land has built a motel, but each Thursday Kliwon night (a time when it is believed (by Javanese) that ghosts appear) anyone who spent the night there will possessed by ghosts, even until they die

Four teenagers - Ramon, Dhika, Sheila and Joana get arrested by police for bring illegal drugs which is not belong to them. Feel not guilty and frightened, they run away and become fugitive. They find the empty motel and the terrors are started. They not only terrorized by Suci’s spirit but also people who killed by her

Suci’s soul possessed them one by one and they start kill each other. There is no way to stop Suci from killing in every Thursday Kliwon night 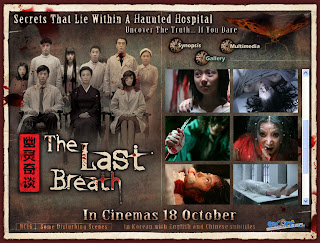 Set in a hospital in 1941, this movie is about how doctors deal with tragedy. Jung-Name, the future son-in-law of the hospital director, finds a corpse of beautiful girl who had committed suicide, awaiting him on his first day at work at the morgue. Her beauty and the story behind her suicide throw Jung-Name into confusion. In the meantime, a girl named Asako is carried into the emergency room, covered in blood. Oddly enough, she is the only survivor of a car accident. A psychiatrist, Soo-In, hypnotises Asako to find out what happened and to release her from her pangs of guilt.

Based on the epic poem, the film is about a warrior named Beowulf (Ray Winstone) who comes to Heorot in order to rid it of Grendel (Crispin Glover), the monstrosity who terrorizes it. What he does not expect is Grendel's mother (Angelina Jolie), a.k.a. the Queen of Darkness